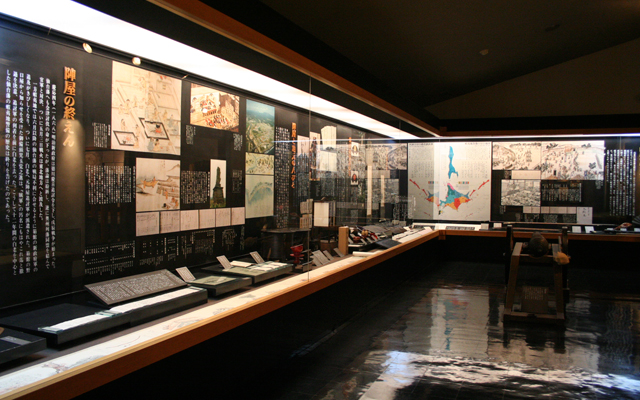 Sendai Shirai Motojinya In 1854 the Shogunate ceased a 200 year national policy of international isolation.
At this time, Japan opened its’ doors to foreign countries by negotiating treaties.
People from Russia came to visit Hokkaido often.
An easy travel route was established between Hokkaido in Northern Japan and the Kurile Islands.
Also, at this time American fishermen appeared in the Pacific Ocean, hunting for whales.

It is irresistible information for people who like history.
Although the development of Hokkaido is said to be a Tondenhei soldier of the Meiji government, about 1800 of the Tokugawa shogunate, Russia, the Netherlands and the British ship arrived in Hokkaido, and it was concerned about the thinness that Matsumae clan had ruled and Tohoku It is understood that various clan dominated by the clan spreads the territory so that it divides and it tried to exchange with the Ainu race who had lived in the country.

In Hokkaido there was a fear of foreigners. Often, when foreigners landed in Northern Japan, they used violent means to fulfill their needs.

In those days the Ainu were the most prominent citizens of Hokkaido.

The Shogunate sent government officials to settle Hokkaido and protect it form foreigners.

The Shogunate’s men protected Hokkaido from the foreigners on many occasions.

The Shogunate found it necessary to build forts at some important strategic positions throughout Hokkaido.

The fort of Shiraoi was built in 1856 under the command, of the Shogunate Daimyo(feudal lord).

It was manned by about 150-200 Samurai warriors form Sendai. Sendai is one of the northern most prefectures of Honshu.

The fort covers an area of 60,000 ㎡ with 6 gates. At the time, this was the largest fort in Hokkaido and served as the Shogunate’s headquarters.

It also housed the accounting department, some granaries, military training grounds, tenement houses, and so forth.

In 1966 , this historic place was designated by the nation as an important cultural asset.

In 1981 Sendai and Shiraoi formally recognized their historic ties and the fort became the cornerstone of a ”Sister City” relationship.

Shiraoi opened the museum in October, 1984 to introduce the public to the historical significance of the fort.

QR code for this article