While being in a great location of only 40 minutes by car from the center of Sapporo, the very large site in an area of rich nature feels perfectly spacious.
This spot is highly recommended for those who want to be refreshed in a place away from the bustle of big cities! 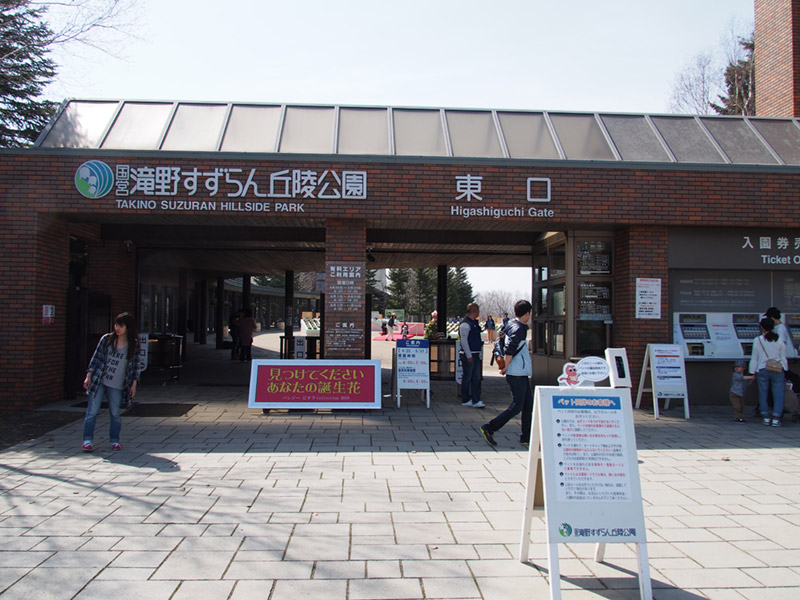 The east gate is recommended for visiting the central zone.

Winter(from the end of December to March) 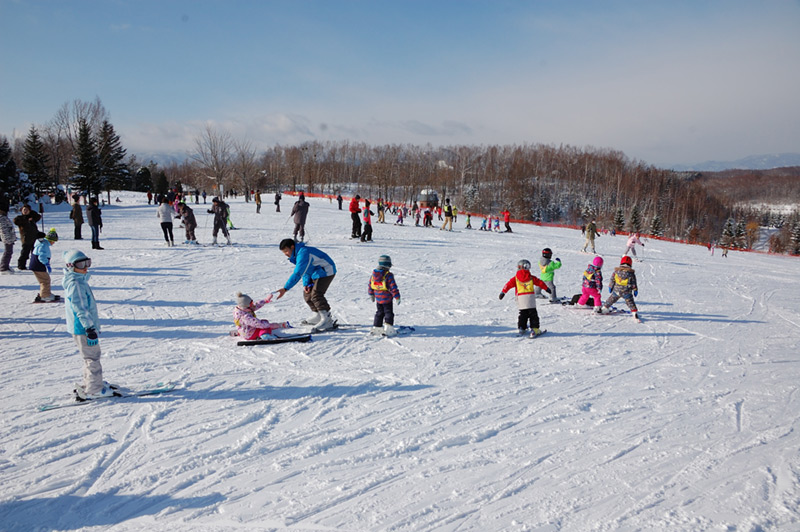 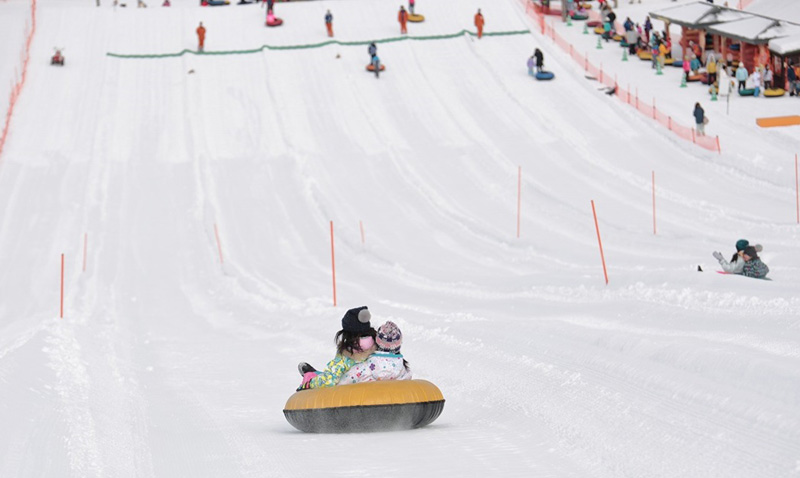 A notable activity of the Takino Snow world, is the 200 meter tube sledding. 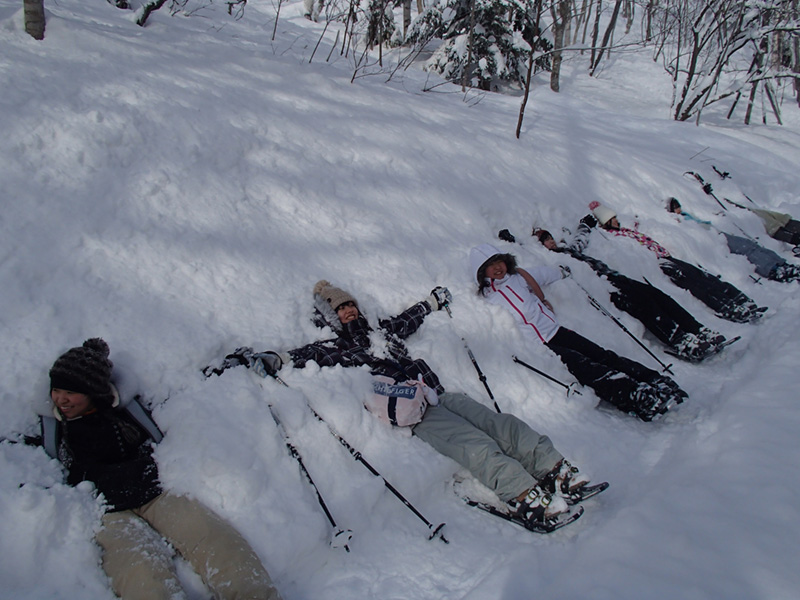 Let’s walk the beautiful snowy virgin forest in snow shoes as we like! 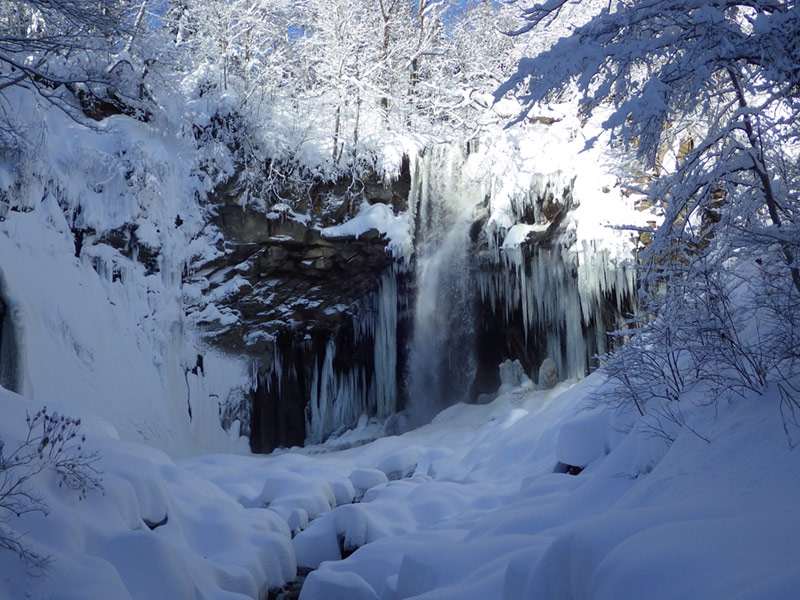 Ashiribetsu Falls flows from a height of 26 meters, in late January you can see a magnificent icefall! 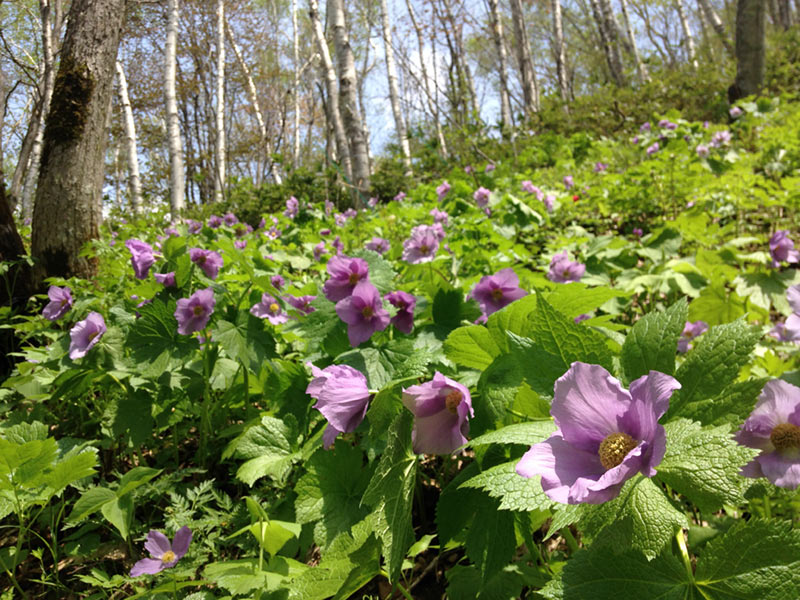 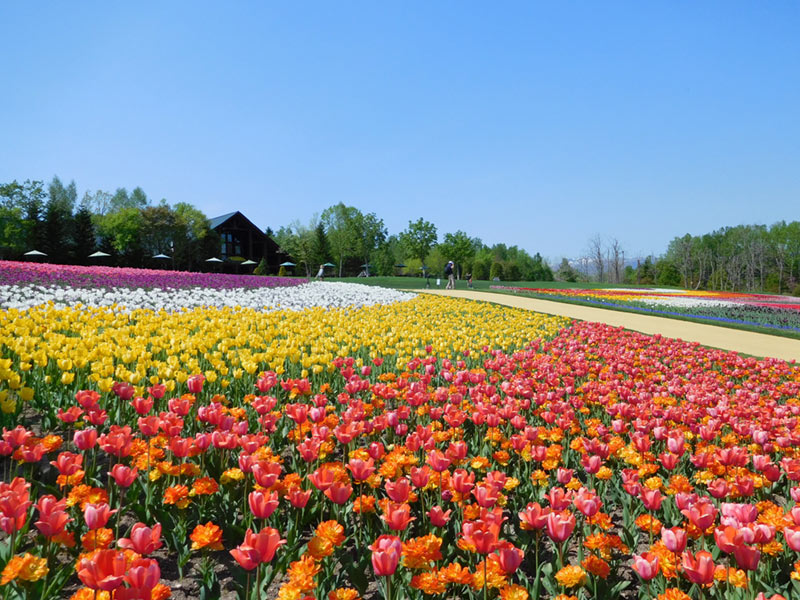 In late May, tulips come in full bloom. 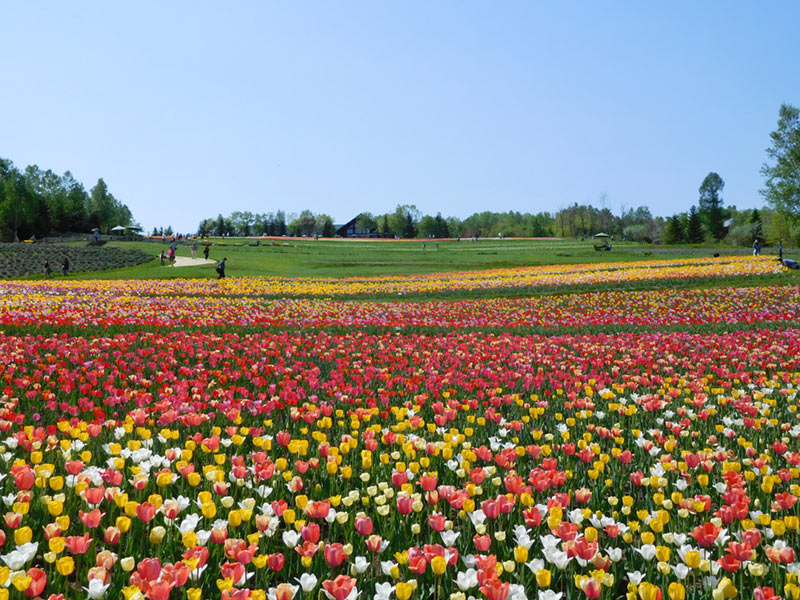 There is beauty that will bring a sigh as you gaze upon the picturesque view full of colors. 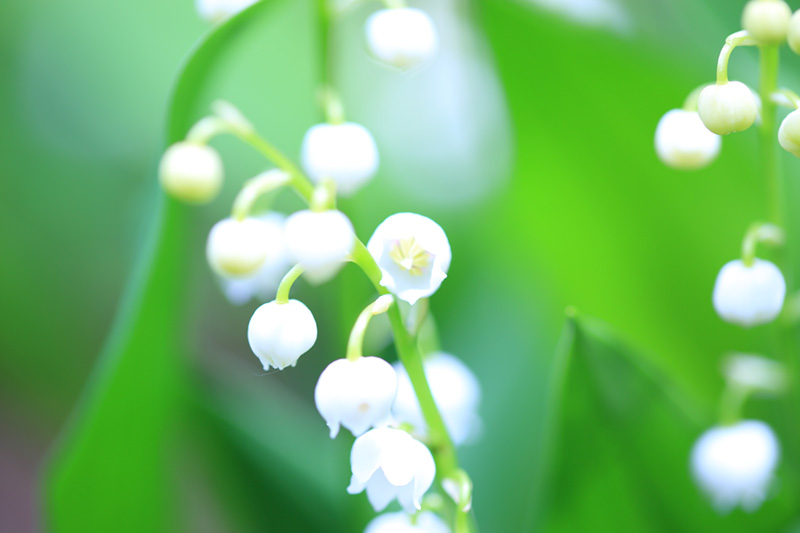 The lily of the valley is in full bloom in the beginning of June. 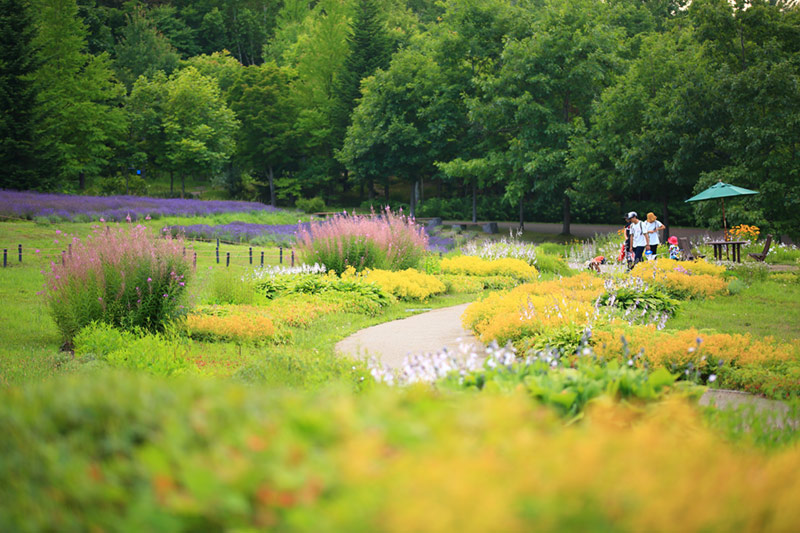 You will feel healed by the trees and flowers when you take a walk through the country garden in the early summer when it is full of green. 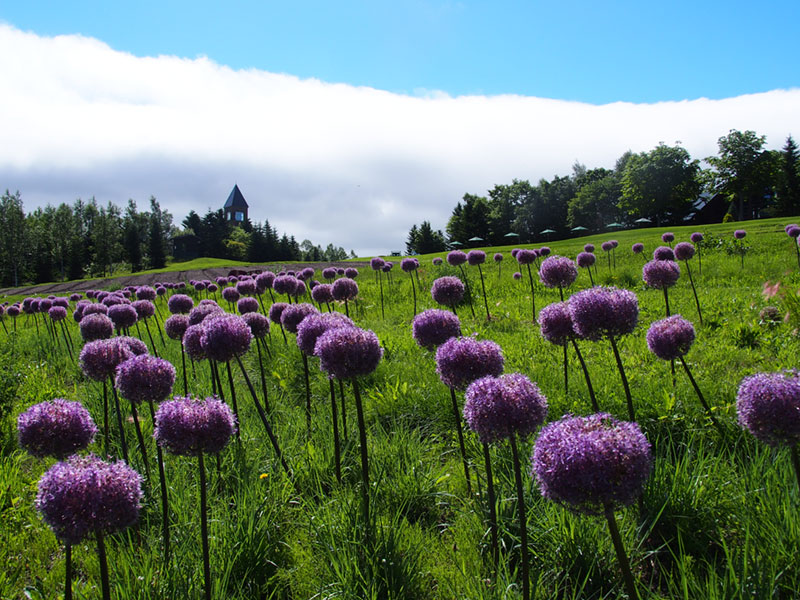 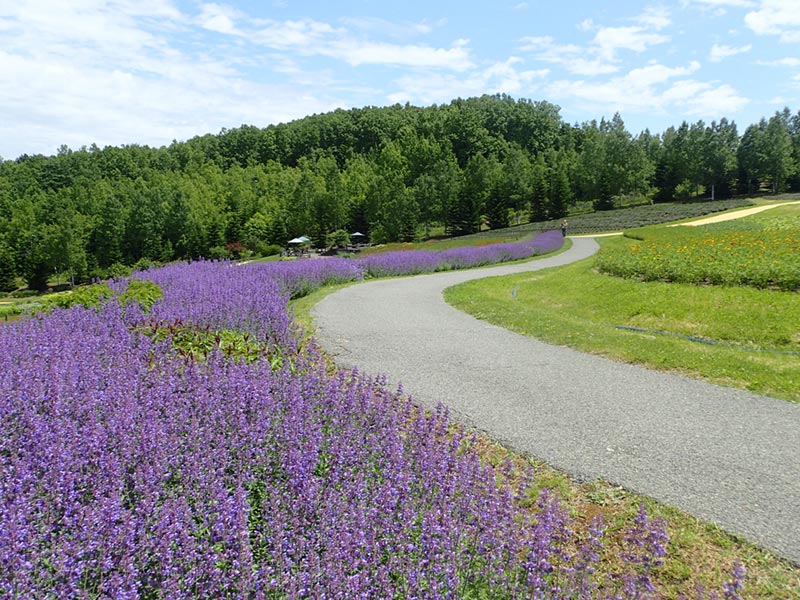 Purple allium and catnips color a hill over the beginning of July from the end of June. 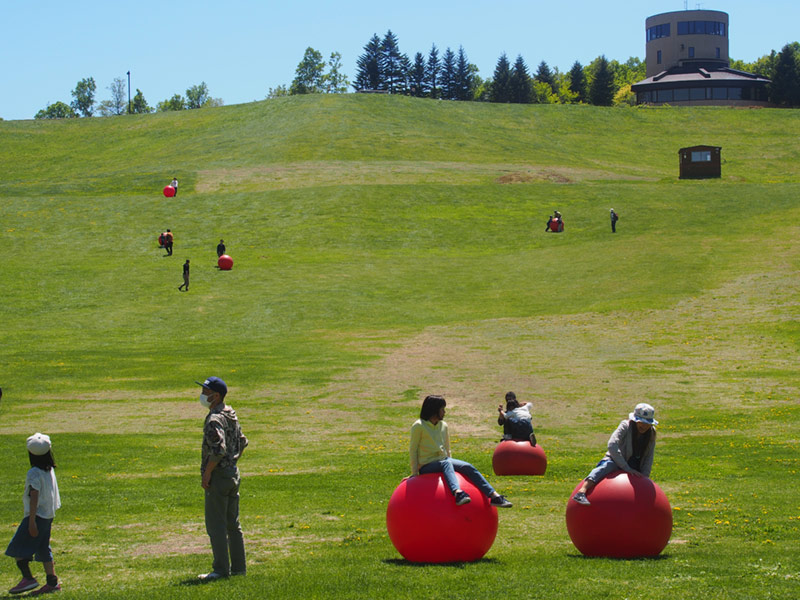 Roll a colossal big ball of one point of diameter 2 meters at the slope of a very large lawn! 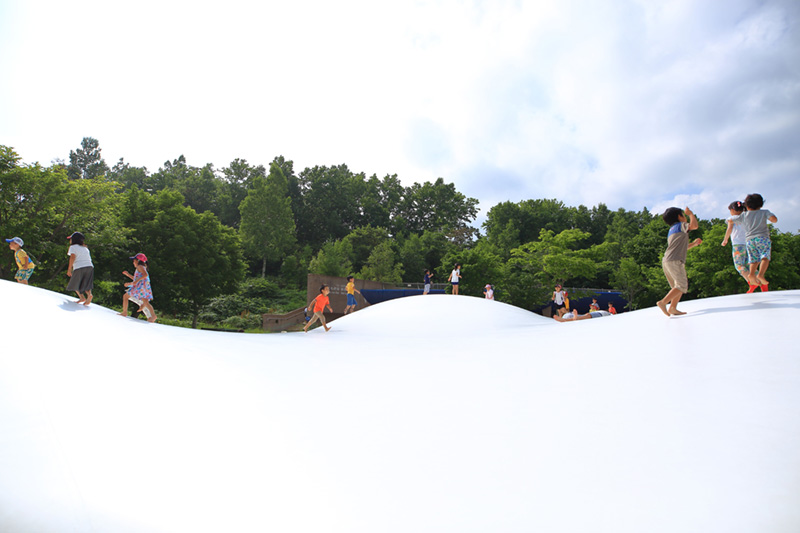 Jumping up and down on the soft and fluffy cushion that looks like a huge egg is the best feeling! 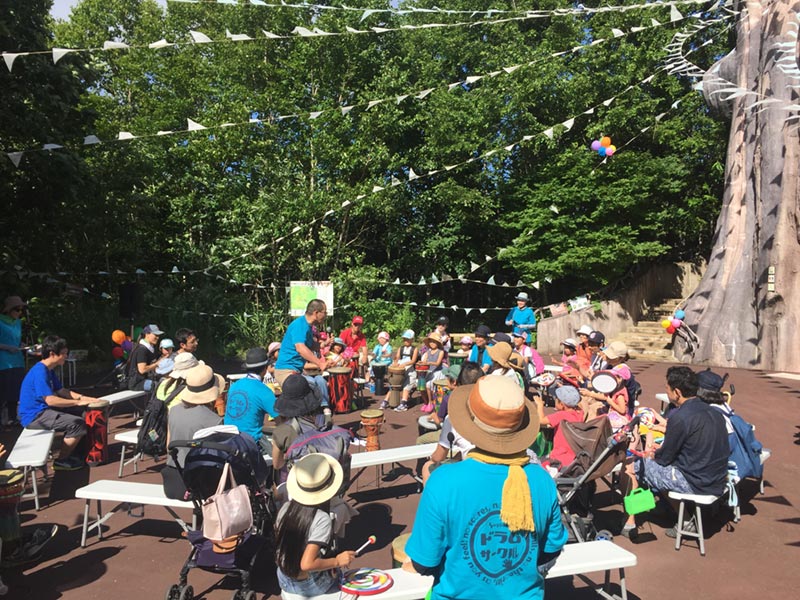 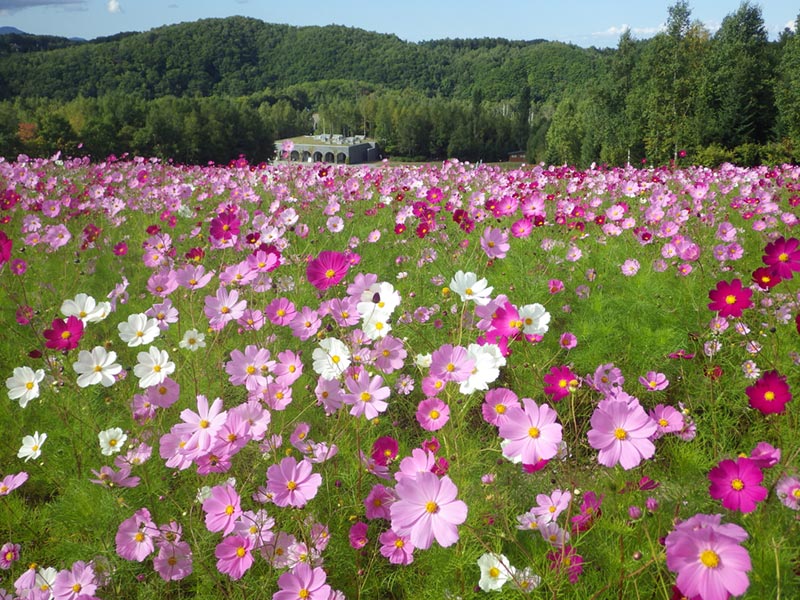 The cosmos greets in full bloom from the middle of September. 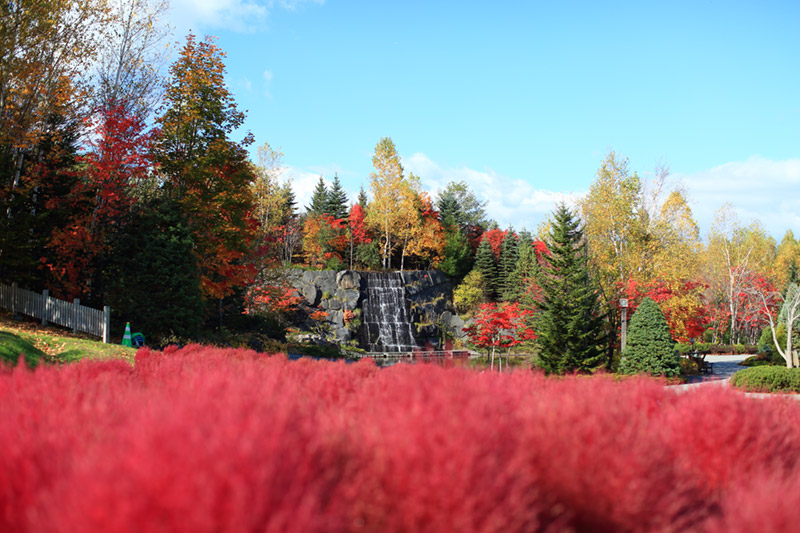 In mid October the kochia scoparia changes from fluffy green to its original bulky red. 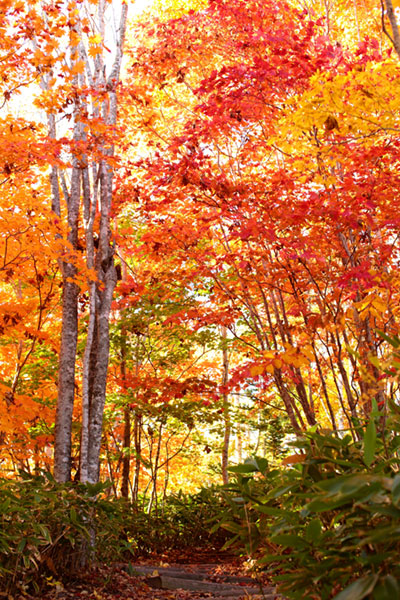 It is a special experience thoroughly enjoying the colored leaves while taking a walk through the narrow path of the forest in the season when the autumn wind is refreshing. 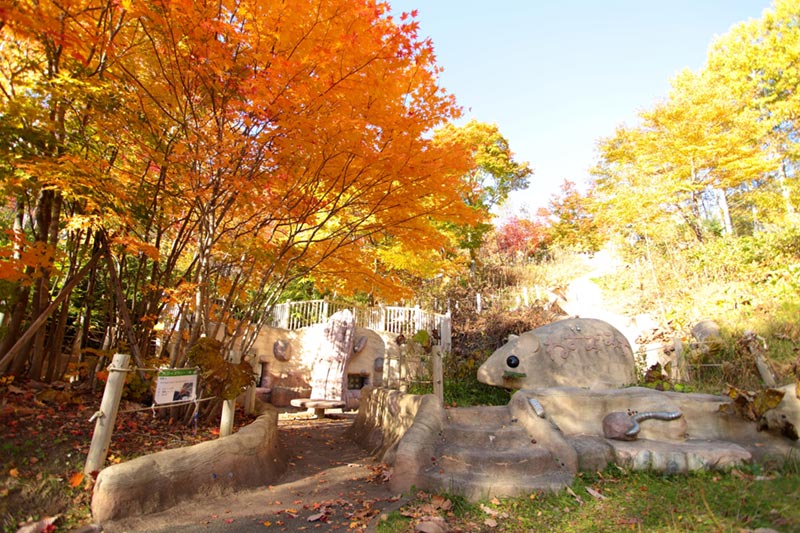 Let’s enjoy the wonderful colored leaves with an enchanted mouse! 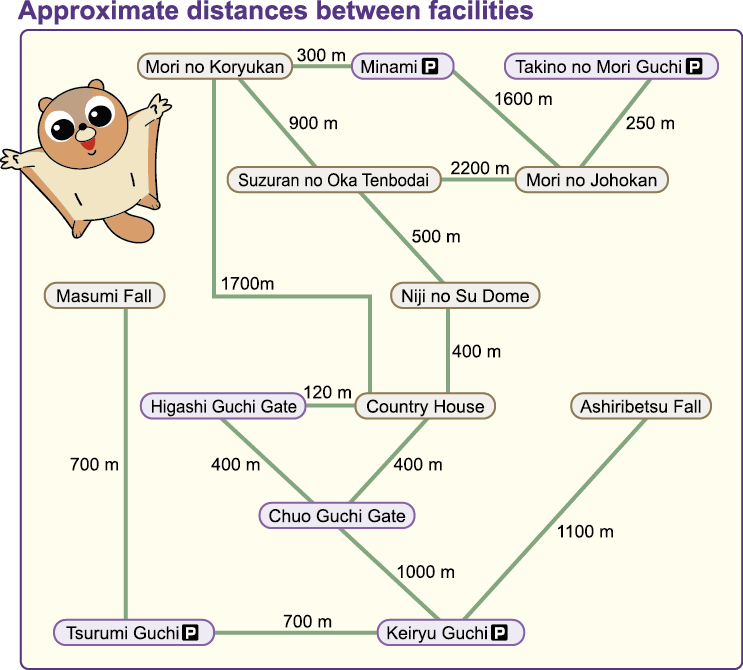