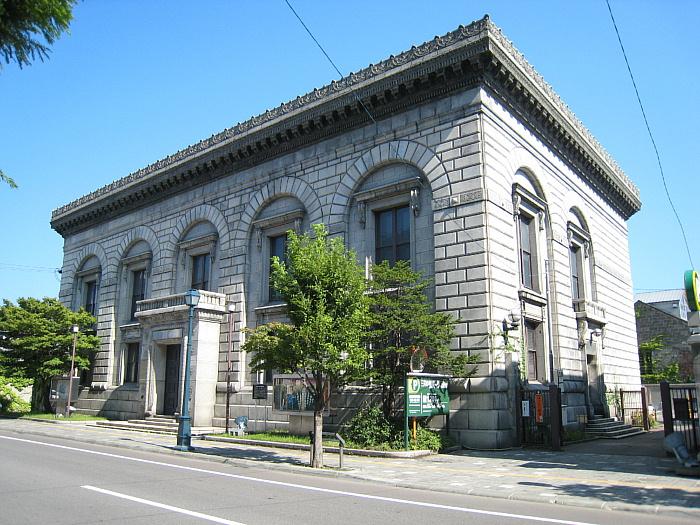 External appearance.
It has been restored to its original state and is on show.
The third building in the Otaru art base.

Historical bank buildings depict the once flourishing era of Otaru City.
From the late years of the Meiji period, to the beginning of the Showa period,
there were as many as 25 banks that supported the financial state of Otaru,
and it was often referred to as the largest economic city in northern Japan. 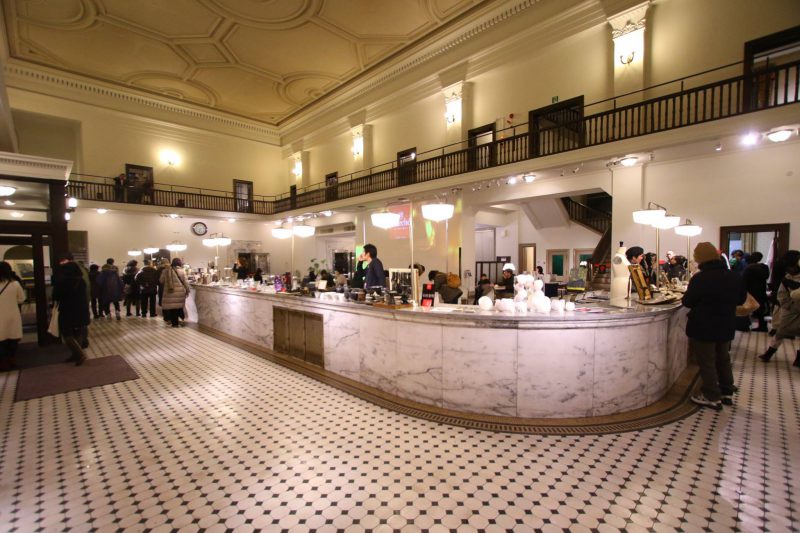 The inside has an open ceiling with the second floor working as a corridor. 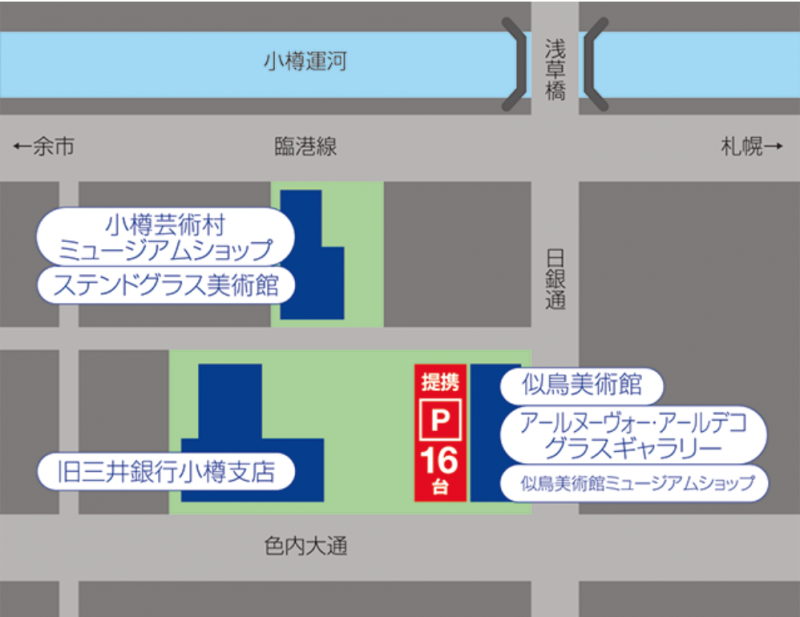